Real talk.  So, BBQ is not that intimidating a thing to take on as it seems.  I think the reason that more people don’t cook their food with smoke as a flavor enhancer, is because they see cooking food when there is an open fire really close turning into a disaster.  When in reality, putting the flames to some lump coal actually isn’t all the difficult to mange with, and this is the key, the right equipment.  Because let’s face it, the secret sauce™ to cooking any delicious food is keeping a steady temperature until that food’s optimal temperature is reached.  So if you have a way to monitor two temperatures, you come off as a hero to your friends and family.

Now, I won’t downplay the amount of time you have to invest in this process.  It is typically a couple of hours of just getting the cooking temperature correct, before the food even goes on.  It’s not unheard of for a large brisket taking 24 hours to complete, from first lighting the coals, to removing the meat. This is a huge commitment.  There is a ton of hurry up and waiting during that time.  This is where beer helps.  Beers with multiple friends also helps.  But where things get super difficult is adding kids into that equation. Specifically, babies and even more specifically, my two beautiful daughters.  These girls are talented and wonderful in so many ways, but patience one thing they are still working on. So when daddy is coming in and out for the majority of the day and not giving them his full attention, things get dicey.

So, there had to be a solution for this. And the best solution would be one of automation, per usual.  If there were a way to create a “set it and forget it” for the bbq, that would be terrific!  A goolge search later shows that there are a ton of devices that help you get there.  And for the most part, they are super expensive.  My goal was to combine my love for tinkering around with gadgets and bbq.  I was going to build my own bbq controller! Even more importantly, I was going to finally learn how to solder!

After some extensive research in different bbq forums (there are a ton of those, btw), I kept coming across the same term, HeaterMeter. Going down the wormhole, I found that this is a project on GitHub that is documented really well and is perfect for someone who is just getting into hardware to jump into.

So what was needed to make this happen:

To be sure, I’m still not 100% sure what all of the things that I purchased and assembled do, but I am certainly more educated on hardware now than I was before.  But I am pretty clear about what happens once all of the parts are put together.  As simple as possible, there is a pit probe that is constantly reading the temperature inside the pit.  There is a food probe that is constantly reading the temperature of the food.  And just for the heck of it, there is an ambient temperature probe, so we can show others exactly how freaking hot summers are in Texas. The ATmega microcontroller is taking in all of this data and comparing against a user inputed target pit temp and target food temp.  If the pit temp is dropping lower than the target pit temp, the controller tells the computer fan that is hooked up to the pit’s firebox, to either kick on or speed up.  More oxygen.  More fire.  It’s science!  Where things really get cool, it is using a predictive PID algorithm based on past snaps of temps, current temp and predicting where the temp is going to go next, and adjusts the speed of the fan accordingly to hit the target temp.

So that takes care of the outside part.  Awesome! But if there where only a user interface that allowed you to both receive data and set targets.  Well, that is where the raspberry pi comes in! Also included in the project linked above is a user interface running off of a super light weight server on the pi. And along with that come alerts and notifications that let you know if your pit is too hot/cold, or your food is ready to come off.  This is great!

The next step was for JWo to obviously integrate this into the Slack-Bot that is already created to troll a friend so that anyone on your team can get BBQ updates by asking for a “bbqbot” to “bbq me”.

All in all, this was a really great project. I learned a ton about hardware. Delicious, delicious hardware.

Side note, Matt Keas and I  recently went on the MacroFab Engineering Podcast and talked all about it.  It was a lot of fun. This is the episode – https://macrofab.com/blog/mep-ep20-i-will-never-know-you-viper/ 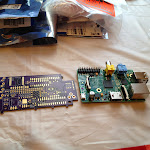 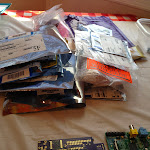 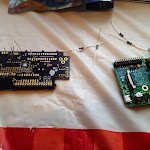 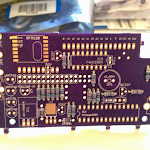 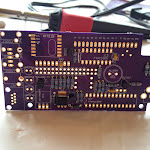 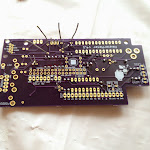 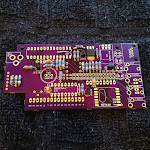 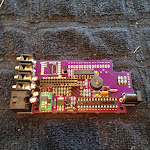 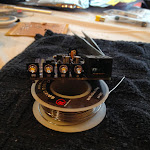 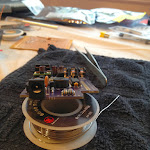 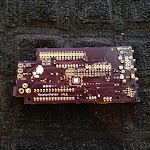 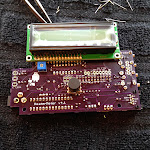 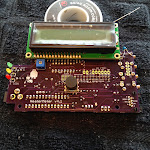 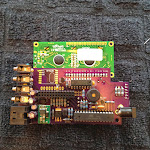 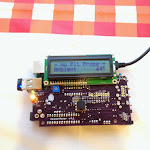 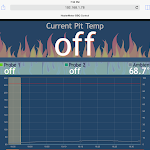 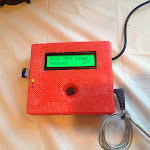 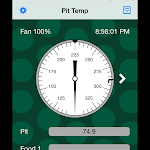 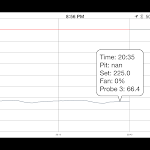 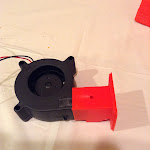 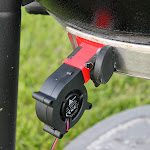 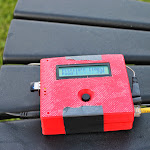 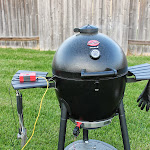 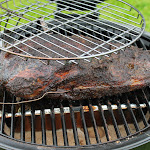 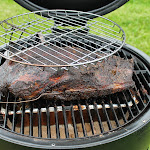 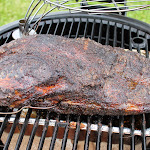 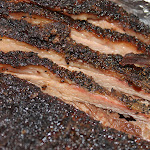 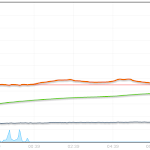 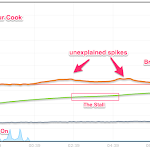